The geology of the Basque Coast Geopark is very varied, hugely spectacular and relatively simple to understand. Scientifically-speaking, the Zumaia flysch is our ensign. Its international importance has been recognised by UNESCO and the International Union of Geological Sciences (IUGS), but there is much more to the park than the flysch. Check out our Geopark map of geosites and places of geological interest

Our geological history began around 110 million years ago and is linked to the opening and closing of the Bay of Biscay, to the formation of the Pyrenees, and to the more ‘recent’ erosion by the sea and rain.

At this time, our region was covered by a shallow tropical sea. Large coral reefs formed, which today make up the limestone mountains of the Geopark’s interior. The opening of the Bay of Biscay caused tectonic movements that fractured the shallow platforms, creating deep fissures in the seabed. The black flysch was deposited in these chasms, and it is this that we see today on the cliffs of Deba and Mutriku. The ocean floor was very unstable, giving rise to complex sedimentation patterns. We can distinguish large landslides, canyons, underwater deltas, and even some volcanic activity. 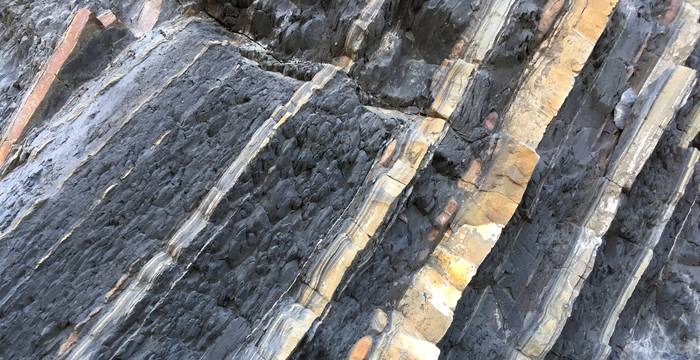 Black flysch on the beach of Deba. 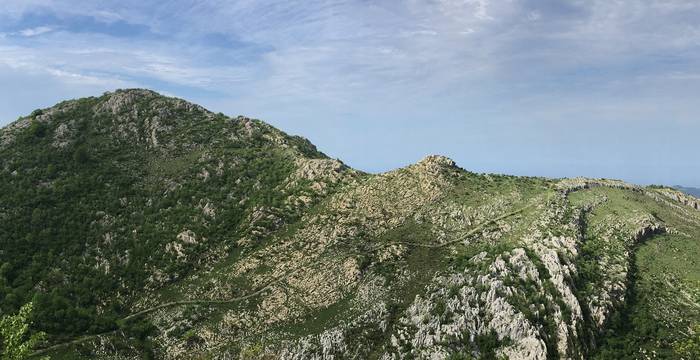 The reef limestone in Mount Sesiarte formed in a tropical sea 110 million years ago.

As the opening of the Bay of Biscay slowed, the Geopark became the bed of a deep and tranquil sea, where layers of limestone, marl and sandstone were deposited in horizontal layers. This sediment became the flysch that we can see today between Deba and Zumaia. The enormous amount of material created a seabed that was over 3000 m thick. It can be compared to a large book, whose pages we can turn one by one to reveal more than 15 million years of the Earth’s history. The layers of flysch in Zumaia have attracted researchers from all over the world to study evidence of the extinction of the dinosaurs, the period of global warming at the beginning of the Eocene, and the Milankovitch cycles. In 2010, the IUGS placed two golden spikes on the flysch to define the boundaries of the stratotypes. This is the geological jewel in our crown.

The K/Pg boundary in Algorri Cove that marks the extinction of the dinosaurs.

The formation of the Pyrenees
Oligocene-Pliocene / 40 – 2 Ma

The Iberian Peninsula continued to rotate anticlockwise until it bumped into Eurasia, where it definitively closed off the Bay of Biscay and formed the Pyrenees mountain chain. The marine sediment folded and broke, creating fractures and faults. The Geopark contains several different identifiable structures of varying sizes that are the result of deformation from this huge collision. 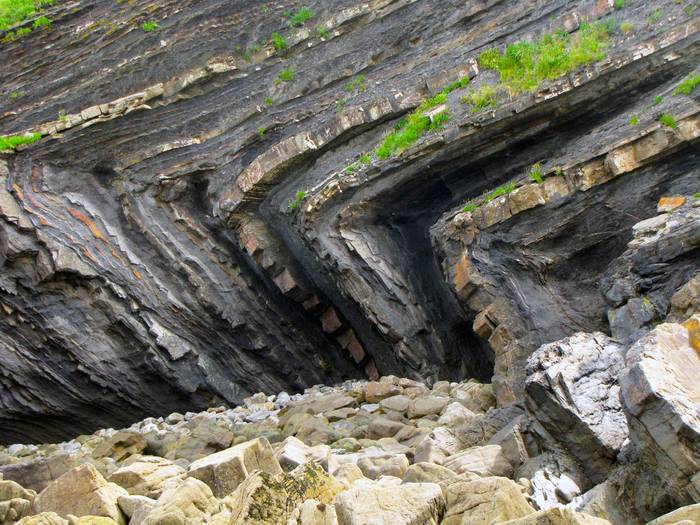 Horizontal fold at Aitzandi Point in the black flysch of Deba

The landforms we see today are the result of a process of erosion by the sea and the rain over the last 5 million years. The intensity and nature of the process has been linked to the variations in climate in recent times and to variations in sea level. This period has witnessed different phenomena, including the development of the river network and creation of river valleys, the formation of abrasion platforms and beaches, the infilling of estuaries, the karst formation of caves, pinnacles and poljes, and, eventually, the appearance of vegetation and human settlements. 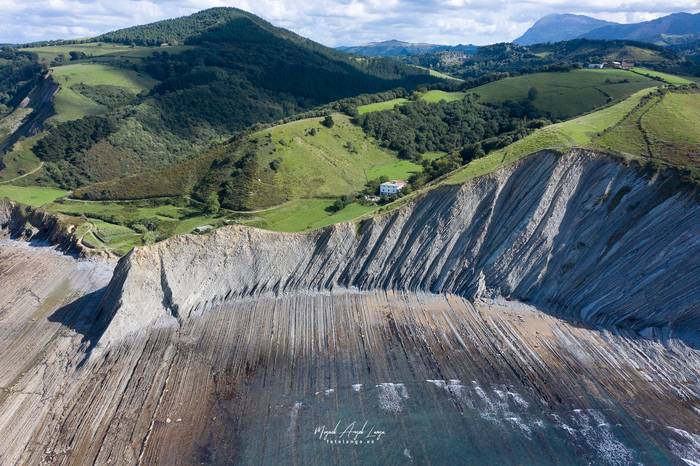 Cliff erosion and the abrasion platform at Sakoneta

The Basque Coast Geopark boasts 54 recognised sites of geological interest. Inventories of important geological sites are fundamental for managing and preserving our geodiversity. In order to perform a quantitative evaluation of its geosites, Geoparkea has established a methodology for analysing each place in relation to its scientific interest, potential use and vulnerability. It is then able to propose appropriate measures for managing each one.

Download the geological map and geosites of the geopark 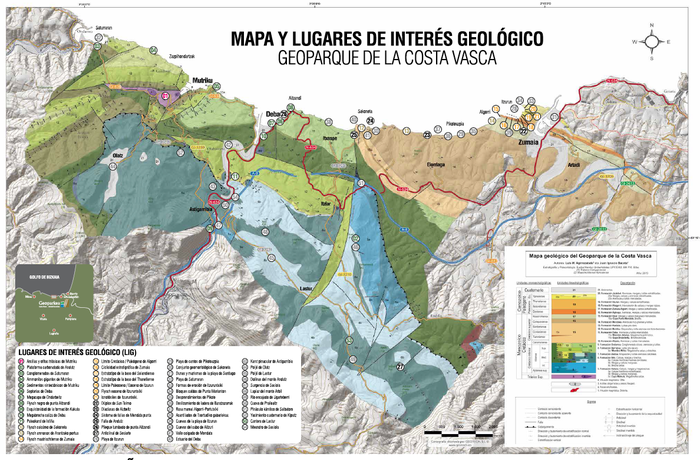 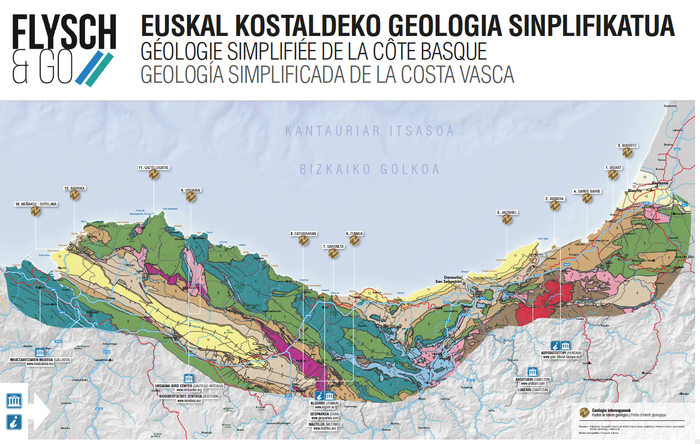 More information about the inventory: