What is a Geopark?

Geoparks are areas that are committed to a strategy for sustainable development based on their natural and cultural values. The Basque Coast Geopark, the first in the Basque Country and in the whole of Cantabrian coast, was created to implement these ideas in the towns of Zumaia, Deba and Mutriku.

Similarly, the Geopark aims to be recognised for its participatory nature, so your ideas and suggestions are always welcome.

The European Geoparks Network (EGN) is a voluntary association of territories that are committed to developing a common specific methodology and management practices to promote and care for the natural and cultural values of their environment and heritage, focusing in particular on geological heritage.

Geoparks offer a fourth dimension to the cultural, natural and physical space: the dimension of geological time and history of the Earth. Therefore, this represents a new initiative in terms of a model for managing a territory and all aspects related to enhancing its value as a new resource. The European Geoparks Charter includes the overall objectives of the Network and was officially accepted on 5 June 2000 on the Greek island of Lesvos and was signed by the four founding members of the Geoparks Network.Every territory wishing to become a European Geopark is obligated to accept this Charter.

Charter of the European Network of Geoparks

The Charter of the European Network of Geoparks covers the general aims of the Network and was officially endorsed on 5 June 2000 on the Greek island of Lesbos by the four territories that set up the Network. Each territory wishing to become a European Geopark must accept this Charter: 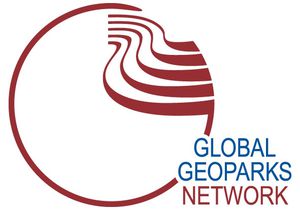