The Basque Coast Geopark is a UNESCO site where science, culture and education reign supreme. The area covered by the Geopark has been a centre of scientific research for over a century. Geologists from all over the world have explored these cliffs, making our flysch a geological point of reference recognised by the International Union of Geological Sciences (IUGS) and UNESCO itself. This long scientific tradition has resulted in extensive knowledge that has been presented in more than a hundred high-impact international scientific publications. 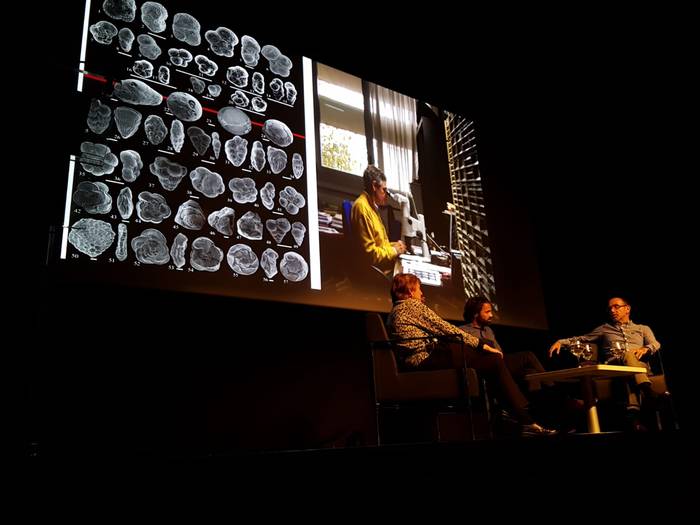 Did you know that the Geopark’s flysch was key to establishing the theory of the dinosaurs becoming extinct as the result of a meteorite impact?

Field research into the prehistoric period has also been extensive and intensive. It began in the first half of the 20th century, and continues to unearth surprises. The Deba Valley houses one of the largest archaeological records of the Palaeolithic on the Cantabrian Coast.

Our mission is to foster research, and reveal our findings in a wide range of activities and educational programmes for schools (through the Geoeskolak programme), and for Geopark residents and visitors. The Geopark has its own scientific committee made up of specialists in different areas to guide it in this task.